Acronyms, previously the domain of the military, the medical industry, and large businesses, you either love them or hate them. In today’s high paced world of immediate 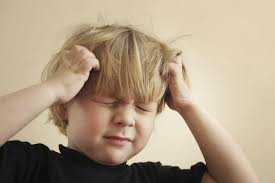 information overload, where phone calls and emails have been replaced by text messages and 140 character tweets, they’re here to stay. The problem is that sometimes we actually need to know what the acronyms stand for to be able to use the information, and not just to express an emotion, like LOL or ROTFL.

Triathlon has their share of acronyms and in discussions between athletes, and between athletes and coaches, we use them to describe what workouts we’re doing, with the hope that these workouts will make us better athletes. That will never happen if we don’t actually understand what the other person is saying.

Before I go over a few of the more frequently used terms to explain the differences, I compiled the following list of commonly used terms and brief definitions, in my own words. Feel free to Google these terms yourself to get the long hand versions if you have any questions, and I hope that for most of you this is just a refresher course.

To start there are four terms that depending on who you’re talking to are used interchangeably: AT, LT, MLSS, and OBLA. I use the term AT because I think that’s the first one that I learned, but AT and LT and the ones most people use, while scientists and medical practitioners might prefer the more technical MLSS and OBLA.

In laymen’s terms, you can look at your anaerobic threshold as the maximum average threshold heart rate you can maintain for one hour of exercising (think biking and running more so than swimming), without having to slow down. For example, if you can run 15k in one hour and your average HR was 165, then that’s your AT for the run. Note that your threshold heart rates vary from sport to sport to sport, so you need to determine each of them through tests (or derive them from races, etc.), if you’re going to use them in your training.

If you were to push your average HR up to say 170 during your 15k run, at some point your body would start “pushing back”, where you’d likely start panting, a clear sign that you’re running anaerobically, above your threshold, and where the lactate and other byproducts from your exertion begin to build up in your muscles and cells, causing the famous lactate burn we like to avoid on long days. If you were to average 160 HR for the run you would be running principally aerobically, then you would probably not have made the hour for the run, having left something in the tank, all things being equal.

The question of how do I determine my AT is that you need to perform one of any different number of tests to determine the number, then plug that number into the appropriate HR Training Zones chart (the bike and run charts are slightly different), to determine your HR Training Zones. Of course then you would actually need to use these training zones, 1-5, in your training, by doing specific workouts, on specific time intervals, to reap the most benefit.

For people that don’t use HRMs in their training, then PE, using the RPE, will be what you train to. This is not as useful as HR in that as defined it is your “perceived” exertion, which can vary from how hard the body is actually working, based on your HR. Nothing wrong with training this way, its just not as accurate, especially for the less experienced athlete. Training with an HRM over time people are able to reliably predict what their HR is without looking, and then also their PE, but you need to train with a HRM before you can understand how you feel at certain heart rates, kind of a Catch-22.

For cyclists the tool of choice these days is the power meter, which typically displays the output in watts. Once you’ve determined your FTP, in a similar fashion to how you would determine your AT on the bike, but now using HR and power as references, you can plug that number into the Power-Meter Training Zones chart to determine your power training zones. This is the point in an athlete’s mind where you have to decide how serious you want to be about your training, to first off buy a power meter, ranging these days from about $1000-3000+, including an appropriate cycling computer to display the new data, and then figure out how to create workouts to train using this tool.

Many athletes look into hiring a coach for these more detailed workouts, or buy the books, do the necessary reading and then design their own routines.  Like I said, this is a point that you have to decide how far you want to go with your training, and maybe just stay with using a HRM to train with. The main benefit of a power meter is that your heart rate lags with effort, meaning takes time to catch up to the initial hard levels of effort when you’re doing hill repeats or hard interval work. Initially using a HRM you’re guessing or using PE to determine your level of effort until the HR catches up. A power meter instantly displays the amount of watts you’re producing, so you can really fine tune your level of effort.

Hopefully after reading all this, the next time you’re in a group ride and your partner tells you that they did an FTP test last week and their FTP is 250 watts, and that today they’re doing some hill repeats at FTP+20%, and then following it up with a tempo run in zone 4, you know what they’re talking about.